In a new ESPN survey released Wednesday, two-thirds of current NFL players say they believe their intake of chemical painkillers would be reduced if the league approved the use of medical cannabis.

In a new ESPN survey released Wednesday, two-thirds of current NFL players say they believe their intake of chemical painkillers would be reduced if the league approved the use of medical cannabis.

Currently, cannabis is one of eight drugs banned under the NFL’s policy and program on substance abuse, despite being legal in 25 states and Washington, D.C., for medicinal purposes. Test results indicating 35 ng/mL or more of cannabis in the blood stream results in a violation, which can include fines and suspensions.

The survey was conducted by ESPN.com’s NFL Nation and ESPN The Magazine, which asked 226 players about the state of pain treatment in the league. According to ESPN, there are 1,696 players on active rosters and another 256 on practice squads.

It should be mentioned that former NFL players, including Chris Kluwe, have told Leafly that the NFL’s drug tests are fairly easy to beat. 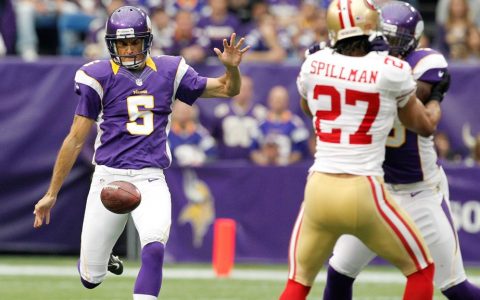 In the ESPN survey, 61 percent of players said that if cannabis were a legal option, fewer players would take powerful pain-killing injections of drugs like Toradol. Toradol is the most common anti-inflammatory taken by players, so much so that 64 percent of the survey’s respondents said they have had at least one injection of it or another painkiller.

41 percent of players surveyed thought cannabis would control pain more effectively than Toradol, as cannabis has less known side effects than the painkiller. Of the main side effects – becoming addicted to the drug – is common in the NFL. 42 percent of the players surveyed said they’ve known a teammate who become addicted to chemical painkillers.

On adult-use legalization, the players came out strongly in favor. 71 percent of those surveyed said cannabis should be legal in the United States.

In other NFL news, former Ravens offensive lineman Eugene Monroe is featured in another ESPN story today, advocating for the use of medical cannabis in the NFL.

The longform piece is a great read, moving from Monroe’s first experience with cannabis to his present-day situation living through the aches and pains incurred during his career as a professional football player.